Rila (BG: Рила) is the highest mountain range in Bulgaria and on the whole Balkan Peninsula. It is situated in southwestern Bulgaria, only about 70 km from Sofia. Rila is one of Bulgaria’s most popular tourist attractions hosting the Rila Monastery, the Seven Rila Lakes, ski resorts, many hiking routes and hot springs. With its stunning landscapes, Rila is an amazing destination for both winter and summer.

The highest peak of Rila is called Musala with an altitude of 2925 m. Besides being the highest point of Bulgaria and the Balkans, it also ranks as the fourth most isolated and seventh ultra-prominent peak in Europe. On its 2,629 km² territory, the mountain range has more than 140 main peaks that exceed 2000 meters and 18 over 2700 meters. The only summits above 2900 meters are Musala and Malka Musala (2902 m).

Rila is a fault-block mountain and consists largely of granite. Today’s alpine-style relief with pyramidal peaks and U-shaped valleys was formed by the last glaciation around 10000 years ago. As an additional result, the mountains these days have nearly 200 glacial lakes, including Smradlivo Lake, which is the largest glacial lake in the Balkans with a surface area of 21 ha.

Rila has a typical Alpine climate with altitude zones, with negative temperatures remaining until early summer, but sometimes until the end of June. Musala is the coldest place in Bulgaria with an average annual temperature of -3 °C. The highest temperature ever measured at the peak was 18.7 °C.

The mountains have 130–160 days with rainfall or snowfall a year, with maximum in the summer and spring. The driest month is February.
The snow cover above 1000 m begins to form in early December. In the zone above 2000 m, it is thickest by March, reaching around 80 cm on average, while the maximum thickness can reach 250 cm in the higher areas. The snow cover remains for 180 to 200 days at altitudes above 2000 m, making Rila a perfect place for ski resorts. You can find patches of snow even in August on some northern slopes. Avalanches are quite frequent, often caused by temperature changes influenced by masses of warm Mediterranean air.

Areas above 2000 meters in the Rila mountains are very windy in general. Winds can reach speeds over 100 km/h at the summits and have a western orientation in most cases.

About 1/4 (810 km²) of the mountain is covered by the Rila National Park which is one of the most valuable protected areas in Europe and the biggest in Bulgaria. Another 252 km² belong to the Rila Monastery Nature Park. The two parks have five nature reserves combined to protect biodiversity. One of them, Parangalitsa is part of the UNESCO Biosphere Reserve since 1977. The mountains are home to numerous endemic plants like the Rila primrose. The large pine forests, aging more than 100 years, create a perfect surrounding for walks in the summer. Rila has a rich fauna as well including brown bears, gray wolves, wildcats and red deer, also different species of owls and eagles. Bears usually avoid humans and are afraid of sudden noises, attacks are extremely rare.

What to see in the Rila Mountains

The Rila Monastery is one of Bulgaria’s top tourist attractions for a good reason. The monastery itself and the mountains surrounding it are all incredible. It is a UNESCO World Heritage Site since 1983 and regarded as the most sacred and spiritual place in the country. The monastery was established in 927 A.D. and is officially named after its founder, Saint Ivan of Rila, the first hermit of Bulgaria. The Eastern Orthodox complex is located deep in a valley in the southwestern Rila Mountains at an altitude of 1147 m. The 3,200 m² inner yard and the main church in the middle are free to enter. Read more about the Rila Monastery

How to get to Rila Monastery

The easiest way of getting to Rila Monastery is by car. It is located about 120 km to the south of Sofia which is a 1 h 40 min drive. There is a paid parking area right in front of the entrance.

If you’re without a car, you don’t necessarily have to pay for an organized tour to reach the Rila Monastery as there is public transport too. Buses from Sofia (Ovcha Kupel Station) and Blagoevgrad run regularly every day.

The Seven Rila Lakes are the most visited group of lakes and among the most visited natural wonders of Bulgaria. The lakes are situated between 2095 and 2535 m above sea level, gradually one above the other, connected by small streams. These outflows often form nice little waterfalls. The lakes are all named after their main characteristics.

The most spectacular one is probably “The Kidney” with its steep shores and the high peaks in the background. It is recommended to visit the lakes in July or August when the temperatures are the highest and sudden storms are less likely. The lakes are usually frozen between October and June.

How to get to the Seven Rila Lakes

The lakes are located in the northwestern part of Rila, about 90 km from Sofia and 20 km from Sapareva Banya. The best way to reach the lakes is going up by the chairlift located next to road 6206 (GPS: 42.23995, 23.32686). Just follow road 6206 from Sapareva Banya and look for the signs. Paid parking is provided near the lower station for 5 BGN per day. The cost of a return ticket to the chairlift is 20 BGN, the ride takes about 25 minutes one way. Try to avoid visiting the lakes on summer weekends as there can be very long queues at the lift.

Balkan’s highest peak (2925 m) and the surrounding area is a popular hiking destination. The top is accessible without special equipment and is climbed by more than 50,000 people every year. It provides breathtaking views to Rila’s crystal clear glacial lakes and dark green forests. But not only that, all the high mountain ranges of Bulgaria can be seen from the peak. Please be aware that Musala is also the coldest place in the country which can experience heavy winds. Do not attempt the climb without appropriate clothing.

How to get to Musala

Musala peak is situated around 80 km from Sofia and close to Rila’s most famous resort, Borovets. Therefore, the easiest way of getting to Musala is by taking the Yastrebetz gondola lift starting from Borovets. You’ll find the station in the center of the resort from where the lift will get you to an altitude of 2369 m in 25 minutes. The route from the upper station leads through the wonderful Musala lakes. The whole hike to the top takes around 4 hours and includes rather steep climbs. There is a winter route as well, marked with poles. The climb to the peak is not for beginners, but you can still enjoy the view by simply taking the cabin lift and having an easy walk to the lakes.

Where to stay in the Rila Mountains

Borovets is the oldest ski resort in Bulgaria and also a perfect base for summer hikes. It offers a wide variety of accommodations and restaurants all year. The Yastrebetz cabin lift, going to the Musala lake area starts right from the center of the resort.

Sapareva Banya is located in the northwestern part of Rila and is the best choice to stay at if you are heading to the Seven Rila Lakes. The town is famous for its hot mineral spring and geyser, discovered in 1957 in the town center. With its temperature of 103 C, this geyser is one of the hottest in the world. 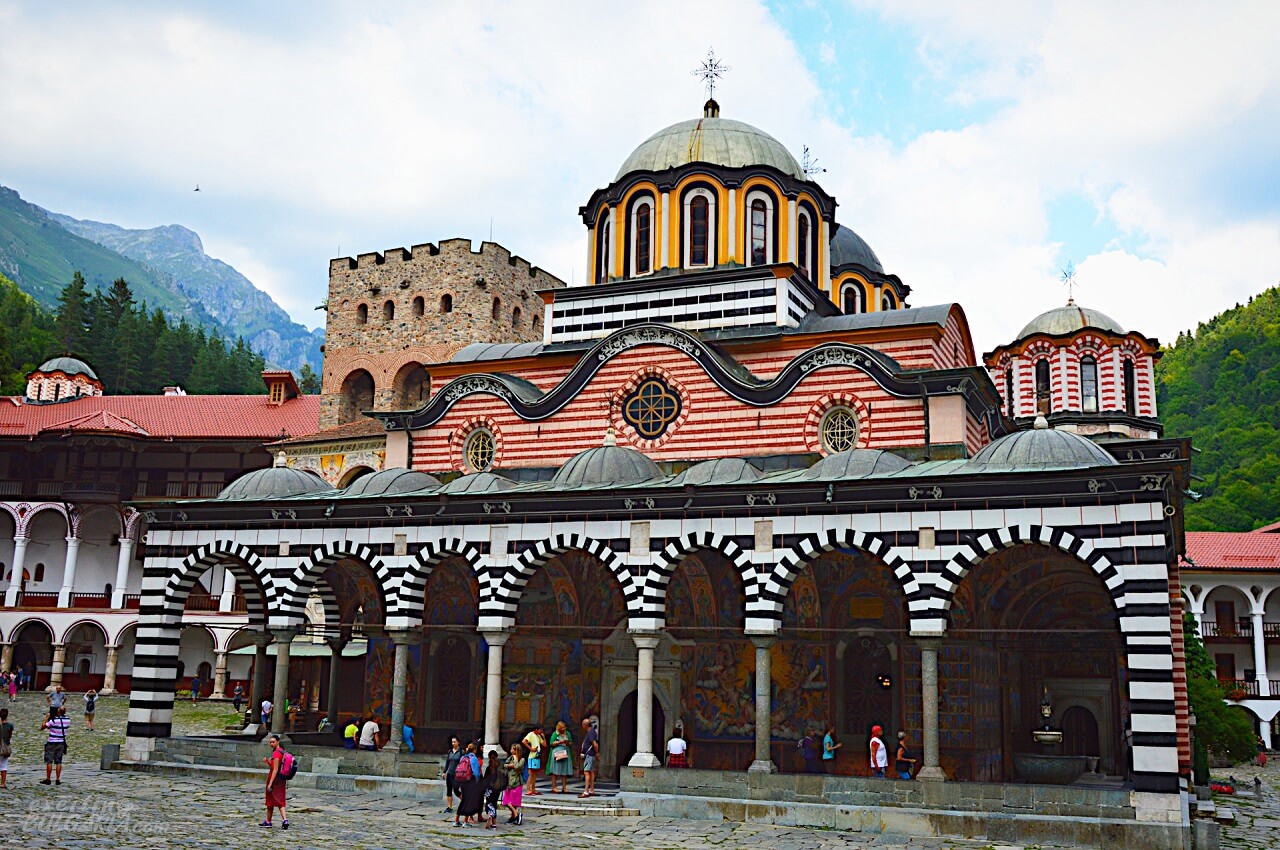 10 Lakes To Visit In The Rila Mountains 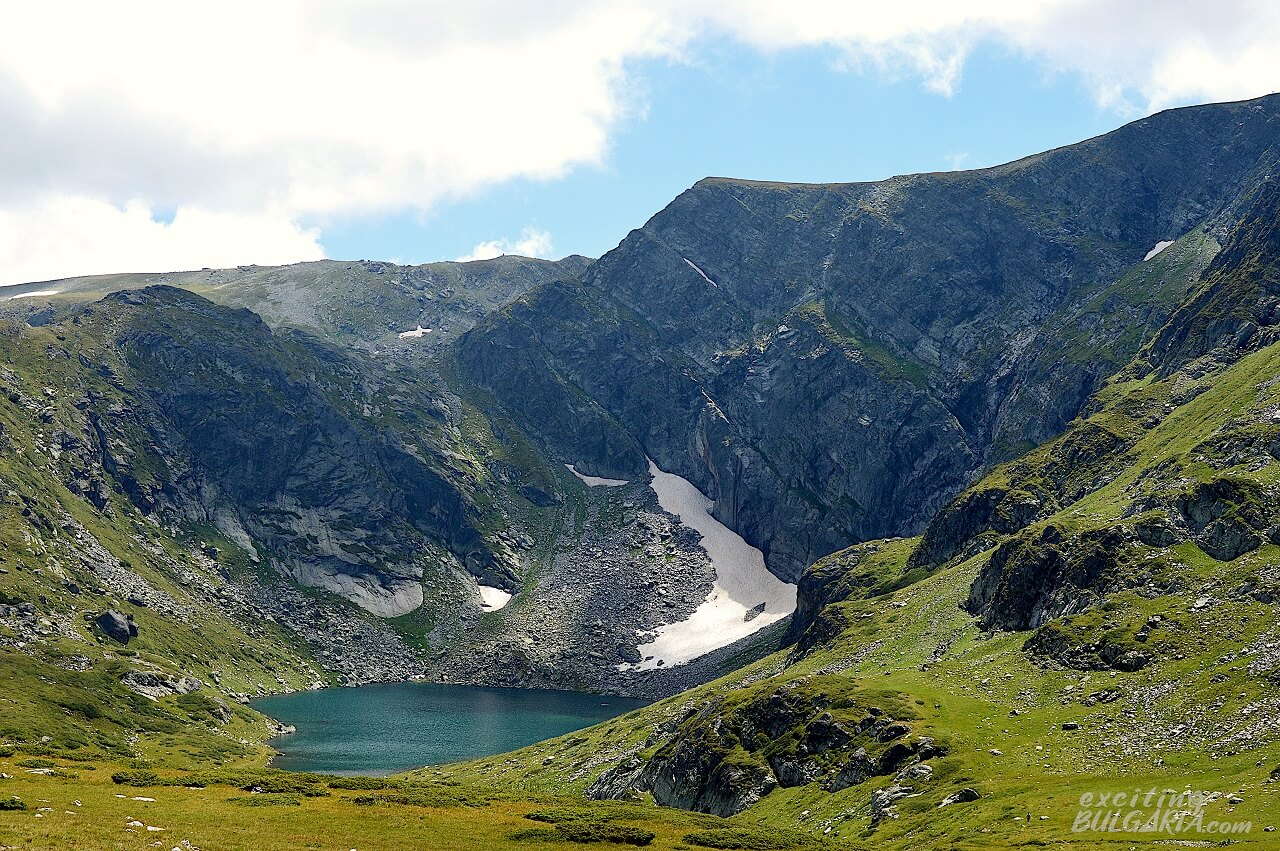 10 Lakes To Visit In The Rila Mountains

We use cookies to ensure that we give you the best experience on our website. If you continue to use this site we will assume that you are happy with it.OkPrivacy policy